I have become my father. I don’t mean I’m short-tempered, overly particular about petty things or obsessed with finding cheap gasoline, although these are all traits he passed on to me. I mean I can’t walk.

Unlike my father, my condition is temporary — I fractured my ankle on an ill-advised descent down an icy hill on cross-country skis, landing me with a space-age boot and crutches. My father, on the other hand, begrudgingly used a walker for the last years of his life, as his balance became more and more tenuous and his legs progressively weakened from normal pressure hydrocephalus and spinal stenosis. In other words, he was old. And, like 12 million adults in the United States age 65 or older, he lived alone.

It pained me to watch my father struggle. I tried hard to understand his frustrations, even when he was at his most belligerent, and did my best to alleviate them. I moved across the country to care for him after my mother died and, while we lived more than two hours apart, I regularly spent weekends with him, drove him to and from Florida each winter, and spent countless nights on the phone with his medical alert company or with paramedics each time he was unable to lift himself out of his chair late at night or, worse, took a fall.  read more

Nikki Melvin has joined our staff as the new business office manager.  Any future orders or billing inquiries will be handled by her, and she can be reached at (636) 279-0751.

LAS VEGAS – There’s a lot to see and do at Medtrade Spring, and whether or not you spend additional dollars at the show, the experience will be worth the time and effort. For attendees looking for enriching add-ons, there are eight.

VALLEY COTTAGE, NY – With the holiday season approaching, not only do you want to plan your menu and set up your festive décor, but you may also need to make your home accessible to loved ones who use mobility devices. When planning for temporary guests, whether they’re staying a day or a month, small changes can make a home a safe and comfortable place.

Whether you are preparing your own home, or recommending preparations to customers who come into your HME shop, here are five easy ways to make a home more accessible. 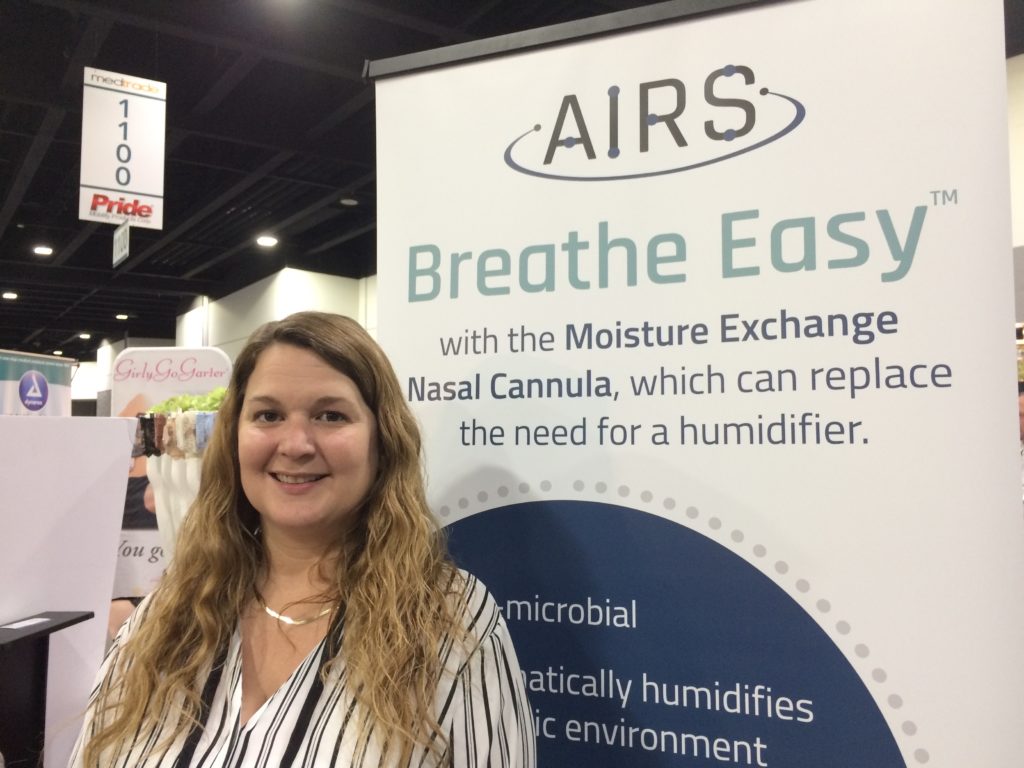 As a registered respiratory therapist for the past two decades, Obenchain has seen a lot of needs go unmet, and it was her desire to do something about it that sparked the creation of AIRS. “Our first product takes the water out of the air and instantly humidifies that oxygen going to the patient,” says Obenchain. “It’s a clean and portable way to humidify. Currently there is not a good portable way to humidify oxygen. And when you breathe in that really dry air, it’s not pleasant. Now there is a solution.”  read more

MHCA offers a wide range of sessions throughout the year on hot topics and changes that may impact the long term care industry. We offer a wide variety of in-seat and online education to meet your needs.

Do we perform CPR? When do we do CPR? What guidelines are in place? In this session attendees will gain an understanding of the rights of residents to choose their code status and the facilities responsibilities to the resident to carry out the resident’s wishes.

Check out their You Tube Channel for past webinars: MHCA YouTube Channel

GET A FREE QUOTE

We will get your free estimate on sales or rentals